There are nearly 21 million living American men and women who have served in the military branches of the United States. Additionally, there are the 1.3 million currently serving in active and reservist military roles.  They come from all walks of life; they are parents, children, grandparents, brothers, sisters, friends, neighbors and co-workers.

Our fellow citizens, who have put on a uniform to protect and defend our nation, also display our nation in its truest form – the representation of America’s vast collection of races, ethnicities, and religious creeds.  In fact, when it comes to racial and ethnic makeup in the workplace, one of the most diverse organizations in the United States over the last 75 years has been the U.S. Military.  Yet, such was not always the case.

Although George Washington did not initially want black soldiers in the Continental Army, 5,000 African-American men fought in the War of Independence. By 1777, as much as 15 percent of the Continental Army was made up of black soldiers, and many served with conspicuous gallantry – the most prominent being a former slave – Salem Poor.  Having purchased his freedom at the age of 22, and later enlisting in a regiment of the Massachusetts Minutemen, Poor gained notoriety with his heroism at the Battle of Bunker Hill.

Prior to 1863, no concerted effort was made to recruit black troops as Union soldiers. The adoption of the Emancipation Proclamation in December of 1862 provided the impetus for the use of free black men as soldiers. The first African American to earn the Medal of Honor was Sergeant William Carney, a flag-bearer in 54th Massachusetts Infantry, which was the first military unit consisting of black soldiers.  Also born into slavery, Carney had wanted to pursue a career in the church, but when the Civil War broke out, he decided the best way he could serve God was by serving in the military to help free the oppressed. On July 18, 1863, the soldiers of Carney's regiment led the charge on the Confederate stronghold of Fort Wagner in South Caronia. During the battle, the unit's color guard was shot. Despite suffering several serious gunshot wounds himself, Carney kept the symbol of the Union held high while urging his fellow troops to follow him. He planted the flag in the sand at the base of the fort and held it upright until his near-lifeless body was rescued.

Daniel Inouye was born in Hawaii - which at the time was a U.S. territory - to Japanese immigrant parents.  During the attack on Pearl Harbor, Inouye served as a medical volunteer.  Shortly thereafter, he curtailed his medical school studies, enlisted in the U.S. Army, and was assigned to the 442nd Regimental Combat Team, a regiment made up exclusively of Japanese American enlisted men, but commanded almost entirely by Caucasian officers. While serving in Europe, Inouye destroyed two enemy machine gun nests and continued to fight after being wounded and losing an arm; action for which he was awarded the Medal of Honor.  After earning a law degree, Inouye became the first Japanese American to serve in the U.S. House of Representatives, representing Hawaii, and later served as one of Hawaii's U.S. Senators from 1963 until his death in 2012.

Born to Puerto Rican parents in the South Bronx, Angel Mendez, and his seven siblings, were raised in orphanages and foster homes due to his mother’s death, and his father’s worsened economic situation. Immediately upon graduating high school, Mendez enlisted in the U.S. Marine Corps, and was deployed to Vietnam.  During action against the Viet Cong, Mendez picked up his seriously wounded platoon commander to carry him to friendly lines.  Although wounded himself, Mendez continued to shield his lieutenant with his own body until he was mortally wounded.  Mendez was posthumously awarded the Navy Cross. 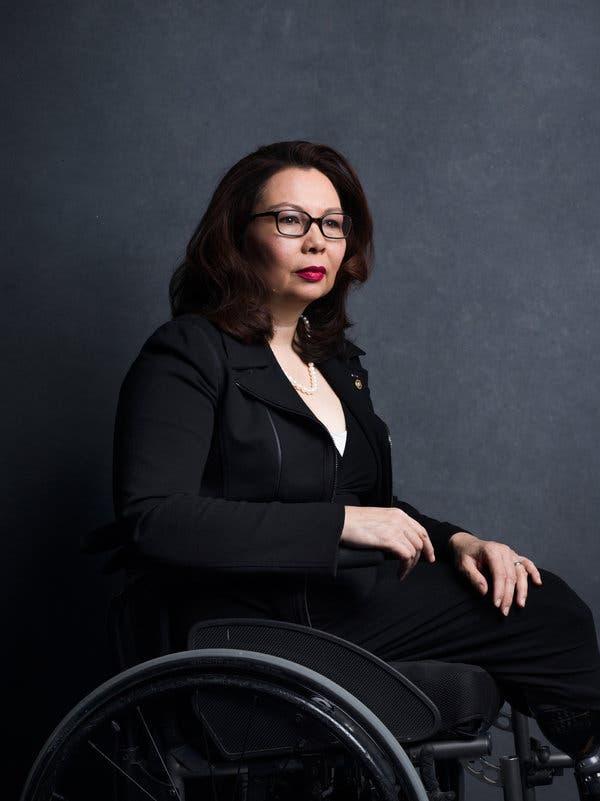 Tammy Duckworth served four years as a helicopter pilot in the U.S. Army Reserve before joining the Illinois National Guard in 1996. She was deployed as a member of the Guard for Operation Iraqi Freedom.  During her tour in 2004, her helicopter was shot down, which led to the double amputation of both legs. After retiring from the Guard in 2014 at the rank of lieutenant colonel, Duckworth was elected to the U.S. Congress from Illinois, and today serves as a United States Senator from her home state. In 2018, she became the first U.S. Senator to give birth while in office.

Michael Monsoor is an Arab-American who bravely served his country as a Marine SEAL in Iraq. He rose through the ranks to become a Master-at-Arms, and was awarded the Silver and Bronze stars for his service. Monsoor was still serving in Iraq when he threw himself onto a grenade to protect his comrades. His sacrificial act of bravery was internationally recognized, and President Bush posthumously awarded him the Medal of Honor. Monsoor was the first Arab-American ever to receive this honor.

The diverse makeup of the armed forces is one of America’s greatest assets. When service members of different races, ethnicities, religions, sexual orientations and other identities unite for a common mission, the result is a stronger and more effective force.

The faces of these heroes are not unlike the diverse faces of the students we help to educate daily in schools all over the nation. And, like these heroes, we believe in equity, hope, justice, courage, and resilience as the foundational values of everything we do.

EdisonLearning is a military friendly employer, and proud of it. In addition to the many veterans who have, and still do work for the company, we take special pride in the large number of graduates from our schools that have gone on to serve our country in all branches of the military. We know that they offer all of us an example of what it means to truly serve.

As we celebrate Veteran’s Day today, please join me in making a special effort to show our gratitude, support and respect for the brave and selfless contributions of our Veterans and their families.

President and CEO of EdisonLearning

A Statement from Thom Jackson: The Death of Daunte Wright

A commitment to equity begins with the condemnation of bigotry